Beethoven 250 Part I: Band of Bohemia

A pairing of Beethoven and Tolstoy

Following the serving of a welcome tea, with a rich mushroom flavor, and bowls of pumpkin seeds on the table as appetizers, the evening opened with a performance of Beethoven’s Sonata No. 9 for violin and piano, Opus 46, Kreutzer by Yang, accompanied by David Schrader on fortepiano, a type of piano used in Beethoven’s time. The readings were short, however, and didn’t detract from Yang and Schrader’s performance, nor from the appetizers of Maitake Mushroom and Rice and a Chestnut and Apple Crisp.  ....attendees seemed well pleased with the wine selections served in between the sonata’s movements.

An intermission following the final movement of the Kreutzer Sonata allowed time to examine the antique instruments of the 1800’s on display. Our feast continued with a carpaccio appetizer paired with the first of the four movements of Beethoven’s String Quartet Op. 59, No. 2 Razumovsky played by Yang, violinist Mathias Tacke, violist Sixto Franco, and cellist Nick Photinos. Readings from Tolstoy’s Kreutzer Sonata continued between the quartet’s four movements.

Meanwhile, Pasare’s monochromatic, animation in a contemporary design was projected on a screen in a corner of the room near the bar.  This visual add-on was there throughout the evening, easily visible to most in the room, but removed enough so as to not be distracting.

The main courses, were likely chosen to immerse us further in the feel of an early 19th Century feast in Beethoven’s Germany.  They included braised rabbit, individually plated; and wild boar racks served family style. These were served with pairings of white and red wines. If you too are a meat-eater who prefers poultry to red meat, the chicken like rabbit would likely appearlmore than the wild boar, which had a taste similar to pork, but with a tougher texture.

Even with cutting edge projection design art, we were transported to the feel of the 19th Century.   In the Realm of Senses events will especially appeal to foodies and wine aficionados, with a deep appreciation for music 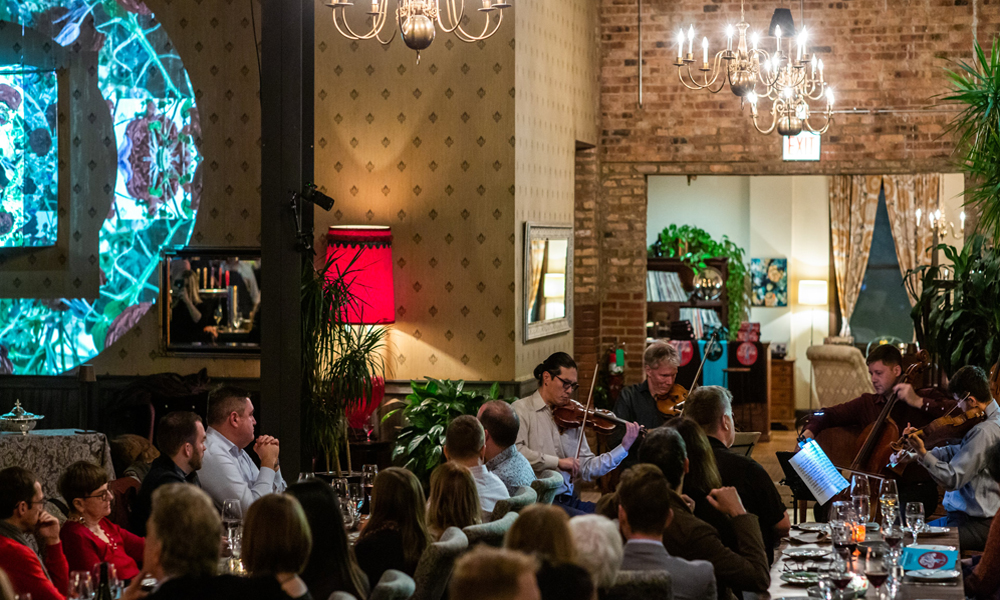 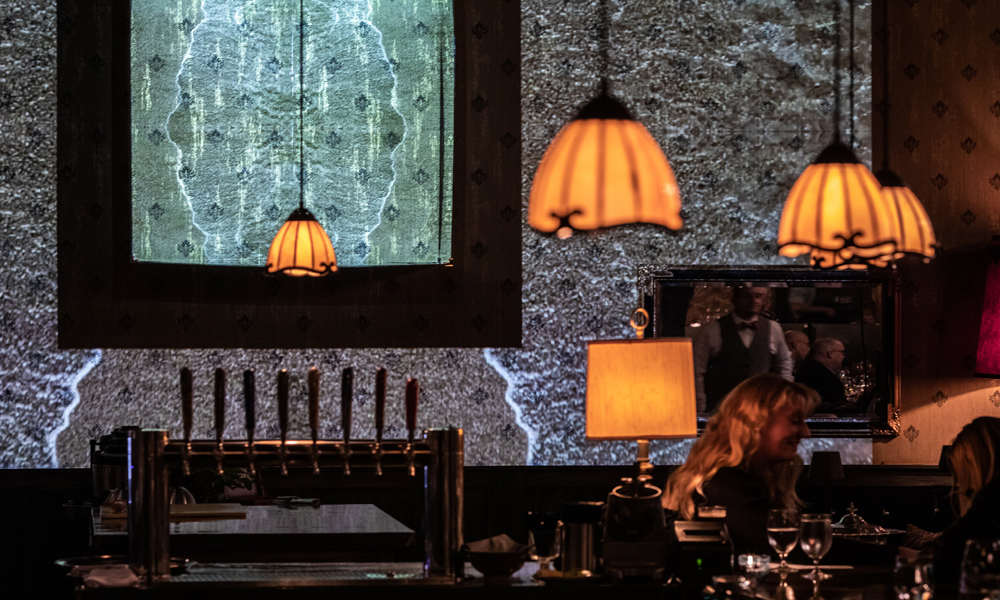 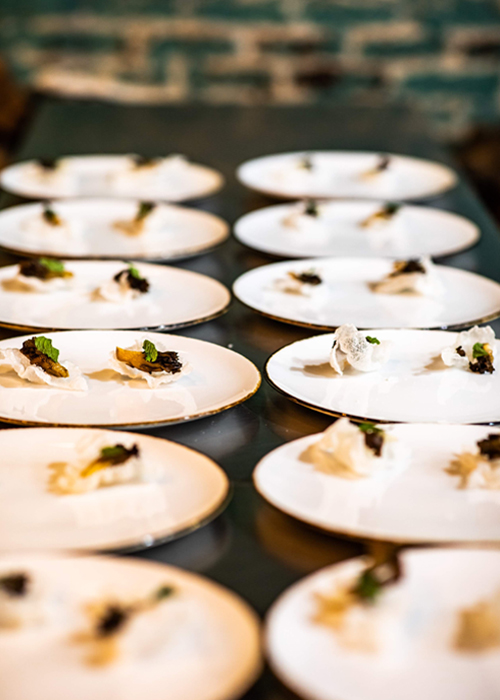 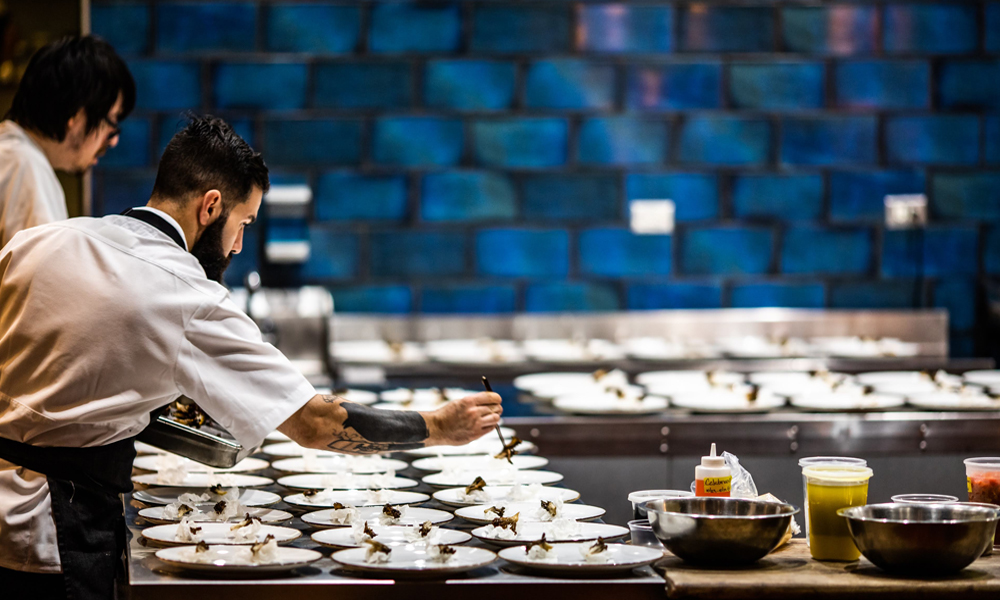 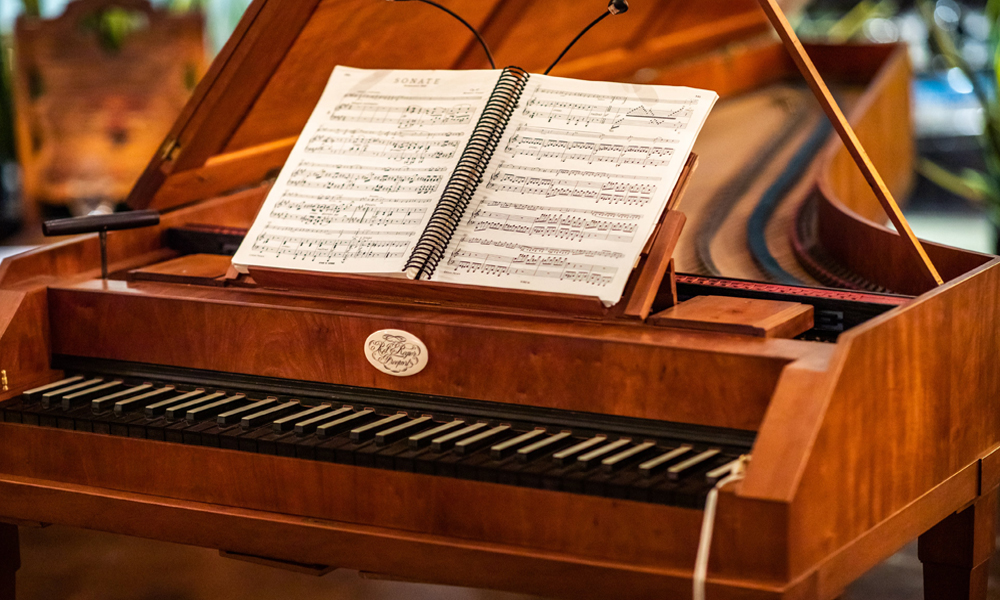 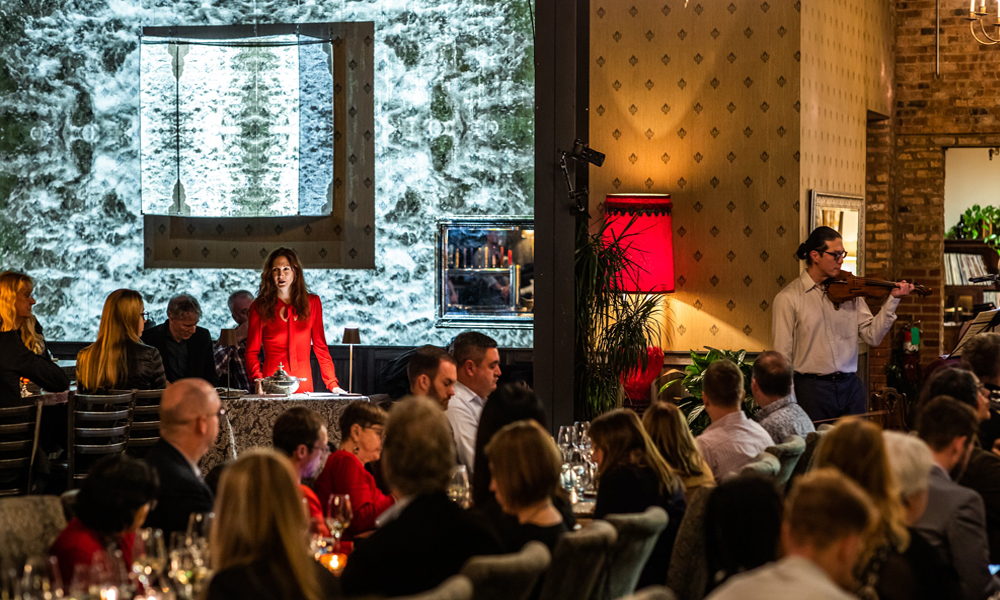 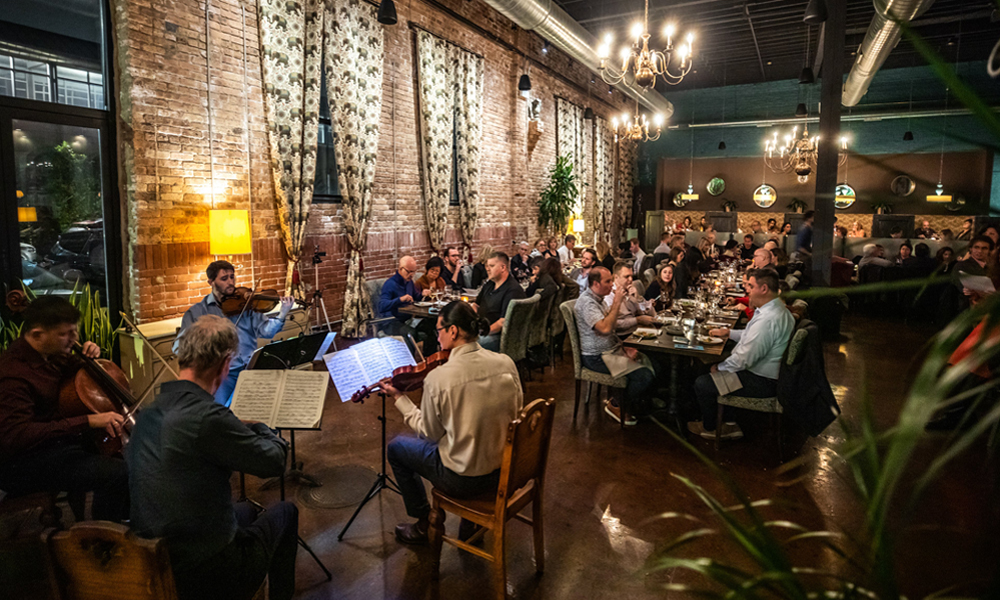